How rich is John Bower? For this question we spent 19 hours on research (Wikipedia, Youtube, we read books in libraries, etc) to review the post. 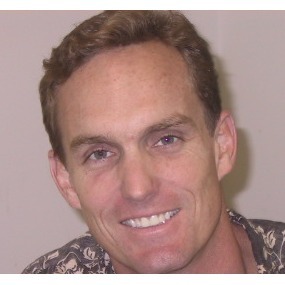 John Bower (born 1941) was an American nordic combined skier who competed in the 1960s and later went on to become a coach of the American nordic skiing team for the 1976 and 1980 Winter Olympic team. He also became the first non-European to ever win at the Holmenkollen ski festival in Norway with his 1968 victory in the Nordic combined event.A native of Auburn, Maine, Bower would attend Middlebury College in Vermont where he would win the NCAA national championship in Nordic combined in 1961. After graduating from Middlebury in 1963, he would join the United States Army and serve during the mid-1960s. Bower also won the national Nordic combined event four times (1963, 1966-8).Competing in two Winter Olympics, Bower finished 15th in the Nordic combined event at Innsbruck in 1964 and 13th in the same event at Grenoble in 1968. After his retirement from Nordic combined competition, Bower would later go on to coach the Nordic skiing team for both the 1976 and 1980 Winter Olympics.After retirement, Bower and his wife Bonnie, moved to Park City, Utah where Bonnie started the Park City Winter School to allow skiers to attend school in the summer while competing in the winter. John Bower meanwhile became the first director of the Utah Olympic Park when it first opened in 1989. Utah Olympic Park would later host several competitions during the 2002 Winter Olympics. Bowers son Ricky (born 1980) would win the Snowboarding half-pipe World Championships in Germany in 1999.In 1999, Sports Illustrated magazine ranked him 19th among Maines 50 Greatest Athletes of the 20th century.As of 2007, he is one of only three Americans and one of only four North Americans to ever win anything at the Holmenkollen ski festival. The other North American winners are fellow Americans Kerry Lynch (1983 Nordic combined event) and Todd Lodwick (1998 Nordic combined 7.5 km sprint event), and Canadian Pierre Harvey (1988 50 km cross country skiing event).
The information is not available