Terence Ellis Lloyd makes how much a year? For this question we spent 23 hours on research (Wikipedia, Youtube, we read books in libraries, etc) to review the post. 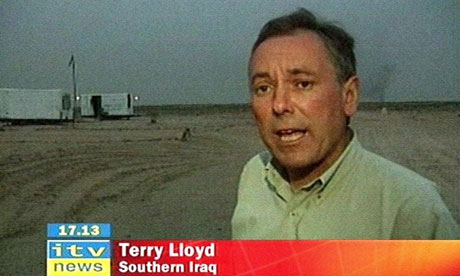 Terence Ellis Lloyd (21 November 1952 – 22 March 2003) was a British television journalist well known for his reporting from the Middle East. He was killed by U.S. troops while covering the 2003 invasion of Iraq for ITN. An inquest jury in the United Kingdom before Assistant Deputy Coroner Andrew Walker returned a verdict of unlawful killing on 13 October 2006 following an eight-day hearing.
The information is not available